Airbus Launches the A220 Business Jet

Airbus continues to diversify its Corporate range with the launch of the A220-100 ACJ. The European aircraft manufacturer has the ambition to create a new segment in the business aviation market with this flying 5-star hotel.

Airbus Corporate Jets is the subsidiary of Airbus that markets the manufacturer’s business jets. Almost all of the brand’s successful models have had their business version, such as the A320 with the ACJ320 or the A330 with the ACJ330. These palaces of the sky allow businessmen and influential men to travel in the greatest comfort.

Airbus announced on October 6 the expansion of its ACJ portfolio with the addition of the A220-100 under the name ACJ TwoTwenty. The group’s desire with this jet is to create a new segment on the market: heavy and long-haul business jets (Xtra Large Bizjet). The company wants to compete with the latest long-haul private jets from reputable manufacturers such as Gulfstream or Bombardier.

The difference will not be about range. The ACJ TwoTwenty will have a range of 10,500 km, not far to the Bombardier’s Global 7500 which can fly up to 13,705 km. This range already makes it possible to connect Los Angeles to Paris or Rome to Dubai non-stop. It’s sufficient for Airbus which wants to make a true difference in cabin space and load capacity.

The ACJ TwoTwenty provides three times the cabin space with one-third less operating costs. It benefits from the high performance of the A220 while having the same advantages as competitive long-haul private jets. It will be able to take off from the same runways and occupy the same parking area.

The A220 “is the quietest, cleanest and most environmentally friendly aircraft in its class, with a noise footprint reduced by 50% compared to previous generation aircraft and up to 25% fuel consumption in less ”, underlined Airbus. 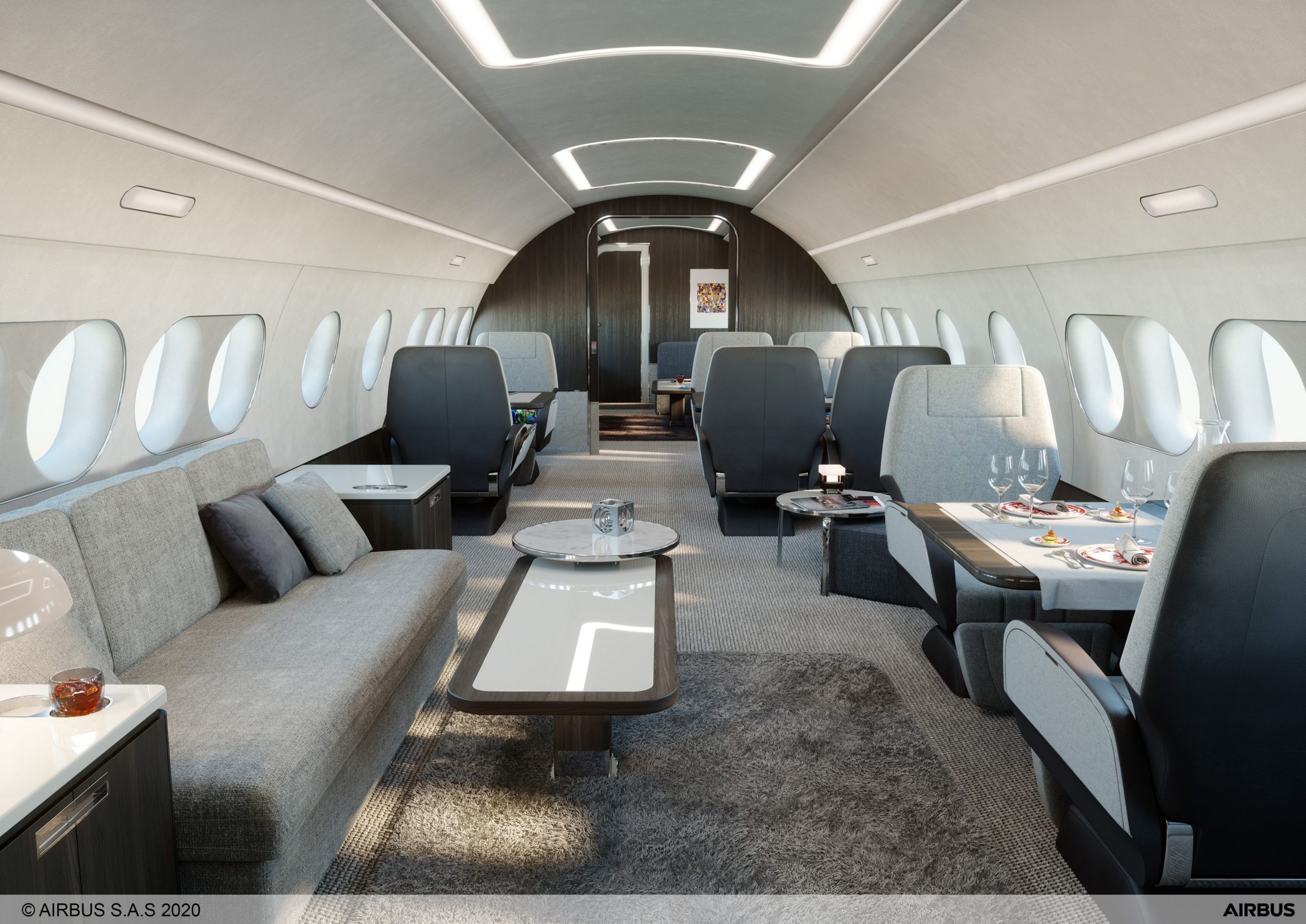 Sumptuousness and Comfort on Board

Airbus Corporate Jets puts all its knowledge in terms of VIP cabin design in this latest A220-100 TwoTwenty.

The cabin offers an exceptional surface of 73m2 for the 18 passengers who will be able to board. They will enjoy 6 separate living areas, while private long-haul jets generally have 4 to 5 spaces.

The new ACJ will also have a maximum mass of 63 tonnes, while Gulfstream’s G700 will weigh 48 tonnes. Passengers will be able to take more luggage and equipment when traveling.

Comlux, a Swiss company whose American subsidiary specializes in equipping and modernizing the interiors of VIP aircraft, was selected to design the first cabins of the TwoTwenty in partnership with Sylvain Mariat, the chief cabin designer. from ACJ.

“Leveraging Comlux’s long standing experience in business jet operations as well as cabin outfitting, its knowledgeable completion team is partnering with ACJ’s Head of Creative Design, Sylvain Mariat. He is recognized for having created the most innovative flying experiences.” 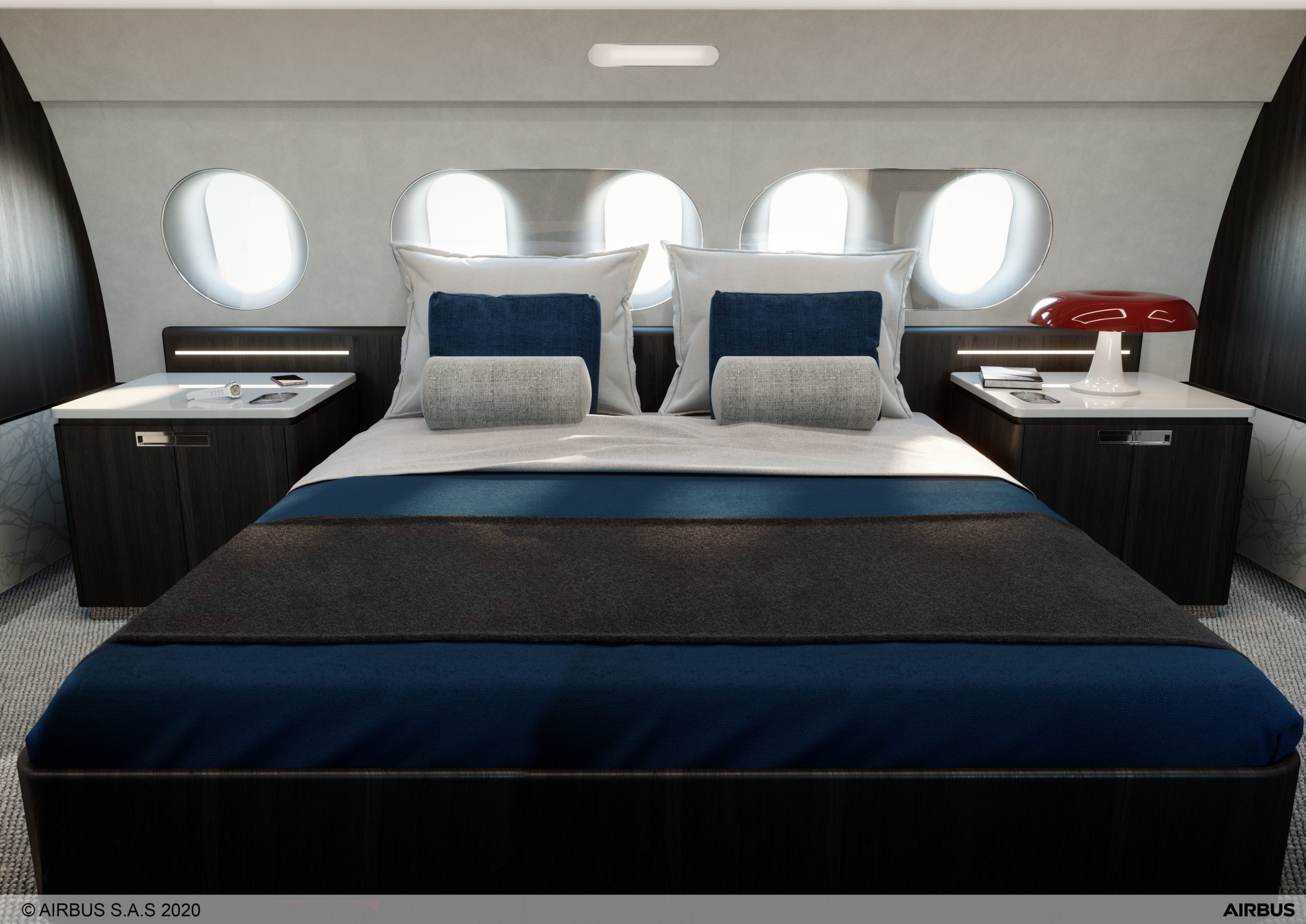 A range of cabin layouts will be offered in a catalog to customers. The furniture will be artisanal and tailor-made, the living spaces will accommodate private bedrooms, showers, lounges or even meeting rooms. Everything will be done to bring the highest level of personalization, luxury and comfort to customers and passengers.

The cabin will allow passengers to “work, share, dine and relax at their discretion thanks to its versatility and options tailored to their needs and tastes”. They will benefit from very high-speed wifi, an intelligent LED lighting system that reduces the effects of jet lag and electro-chromatic windows that allow control of the light intensity passing through them. 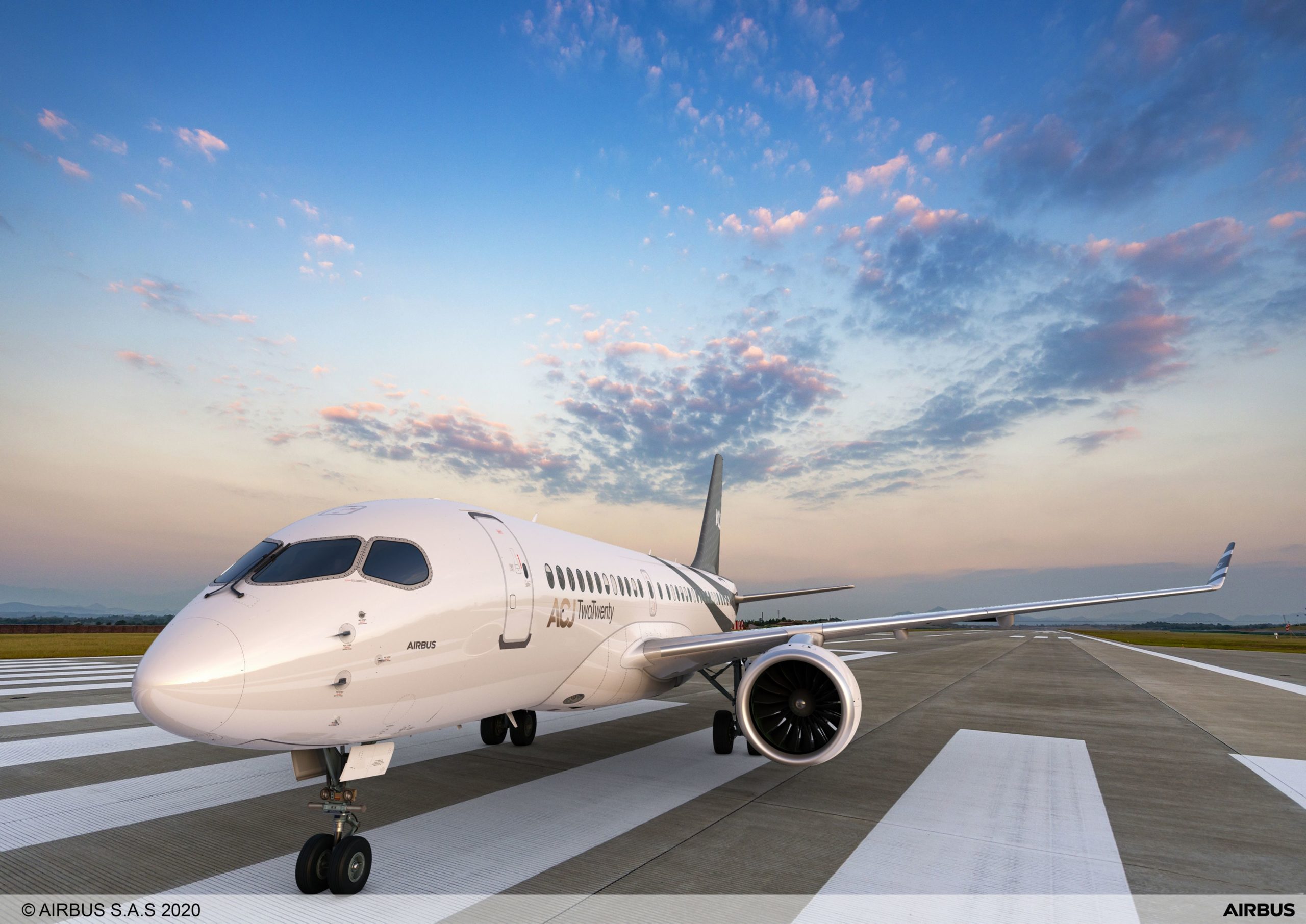 While the aviation sector is facing a serious crisis with the covid-19 pandemic, Airbus intends to take advantage of the rebound in business aviation which “has shown resilience” according to Benoit Defforge, president of Airbus Corporate Jets.

“New customers have emerged in this business aviation industry while others, already business jet owners, are looking for a model that will take them upscale.”

No less than ten orders have already been placed for this new VIP airliner. Among the first customers, the Comlux company itself. The airline intends to offer its customers the benefit of the A220-100 Twotwenty in which it designed the cabins itself. The first delivery is expected in 2023.

The cost of purchasing the new ACJ TwoTenty is expected to be around $ 70 million with standard options.