Boeing’s ecoDemonstrator program is a research project aimed at testing in flight promising technologies. A different aircraft is used each year to assess projects that would improve passenger safety and comfort, and reduce the environmental footprint of commercial aviation. From 2012 to 2020, six Boeing planes tested more than 150 technologies.

This year, Boeing partnered with Etihad Airways to test technology on the company’s new B787-10 Dreamliners. Research is mainly focused on reducing emissions and noise in partnership with NASA and Safran Landing Systems.

NASA has performed the most comprehensive flight noise testing of aviation systems ever. Over 214 acoustic sensors have been attached to the exterior of the B787-10. Their location had to be changed several times to perform the tests. In total, more than 50 unique configurations of these sensors were required. In addition, more than 1,000 microphones were installed on the ground at the threshold of the test track.

The objective was to improve noise prediction technologies, to put in place processes so that pilots could reduce the noise of their aircraft and to imagine the design of future less noisy planes.

These tests generated no less than 1.6 terabytes of noise data and the objectives were fully met. 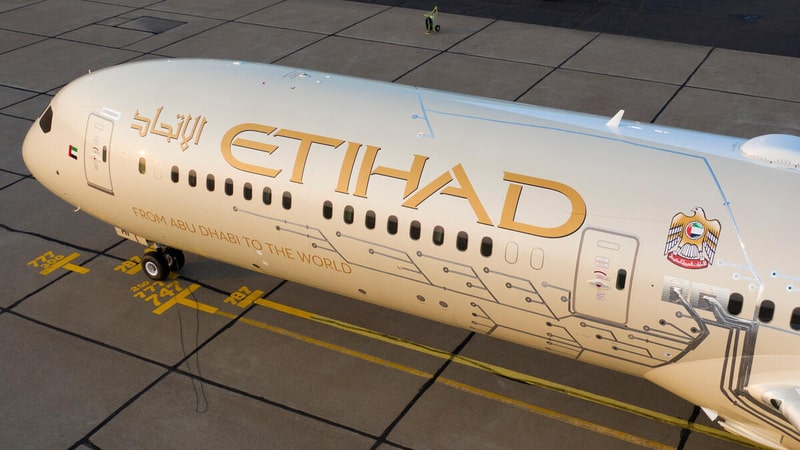 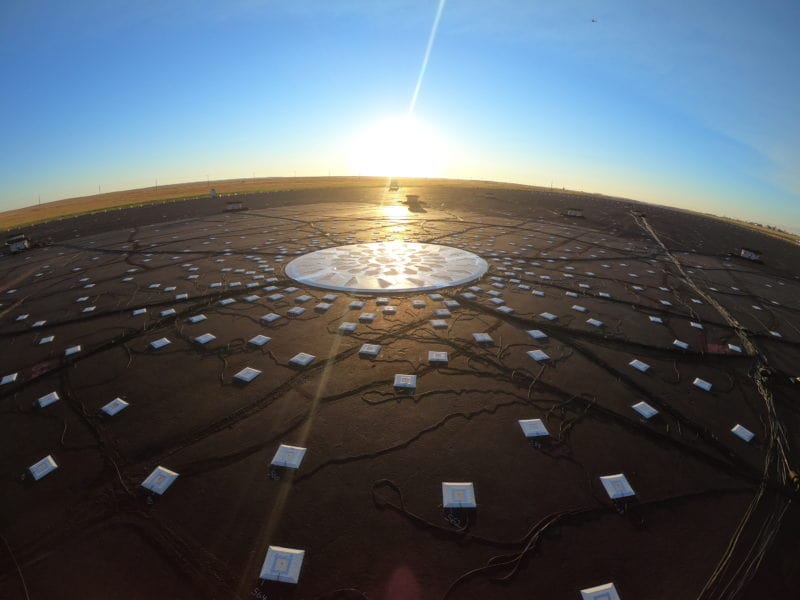 Quieter Landing Gear thanks to Safran

The aviation industry has been able to reduce the noise of jet engines by just over 20 decibels on average in 30 years. But 30% of the noise of an aircraft on approach is caused by the air circulating around the landing gear.

Safran Landing Systems is therefore focusing its efforts on the sound signature of landing gear. The French multinational has devised noise reduction devices attached to the landing gears which produce increased noise due to the air flow. The purpose of these devices is to create a physical barrier that would diffuse this air flow.

8 acoustic sensors mounted on the landing gear, aided by 1000 sensors on the ground, were able to record the sound. The data needs to be analyzed, but observers on the ground are already talking about a noticeable reduction in noise.

Safran’s goal would be to reduce the acoustic contribution of the landing gear by more than 20%. 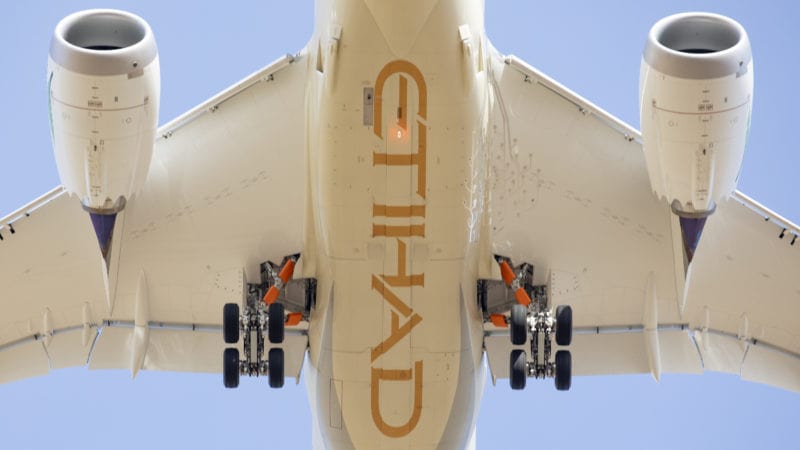 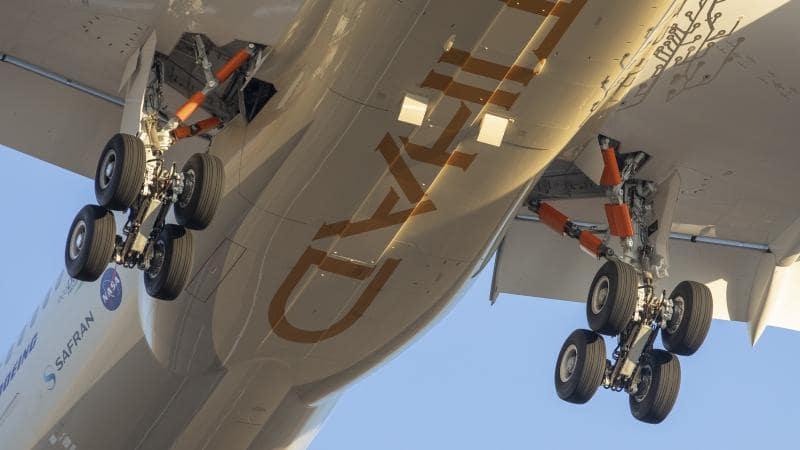 The European Commission hopes to reduce carbon dioxide emissions by up to 10% by making flight paths more direct and reducing arrival delays caused by congested airspace. It estimates that these routes and delays generated more than 11.6 million tons of additional carbon dioxide in 2019.

An application brings a direct text messaging system, an in-flight trajectory system and a time of arrival manager designed by NASA. This smart app simplifies the process of changing heading due to weather conditions and air traffic. It also helps reduce the waiting time to land and frequency congestion, while saving time and fuel.

Tests of this system included two transcontinental flights across the United States during which the Boeing 787-10 made no less than 17 re-routings. 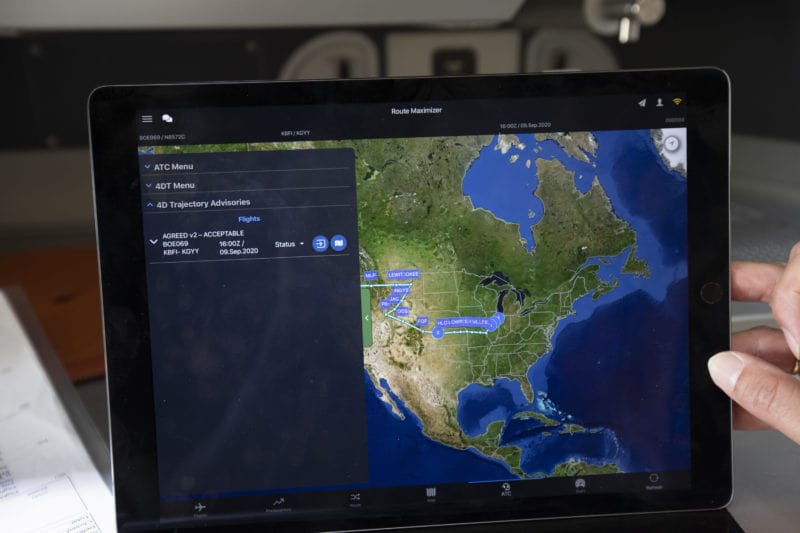 Disinfection of cabins and cockpits has become an important issue for airlines with the global covid-19 pandemic.

Boeing has developed a portable and rapid disinfection system using an ultraviolet lamp. This UV light, whose waves are 222 nanometers in length, would quickly disinfect all interior surfaces of an airplane.
Boeing was able to disinfect the 787 cockpit in less than 15 minutes with this new aircraft.

An antimicrobial coating that supposedly destroys all viruses that land on its surface was also tested in the cockpit during the ecoDemonstrator’s 16 test flights.

These projects are part of a combined effort by Boeing, Etihad and the entire aviation industry to identify the safest and most effective methods of disinfecting aircraft interiors. 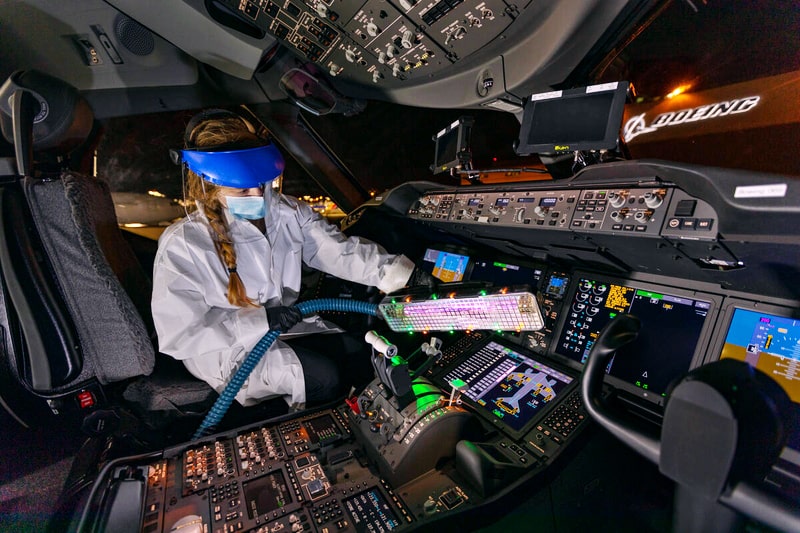 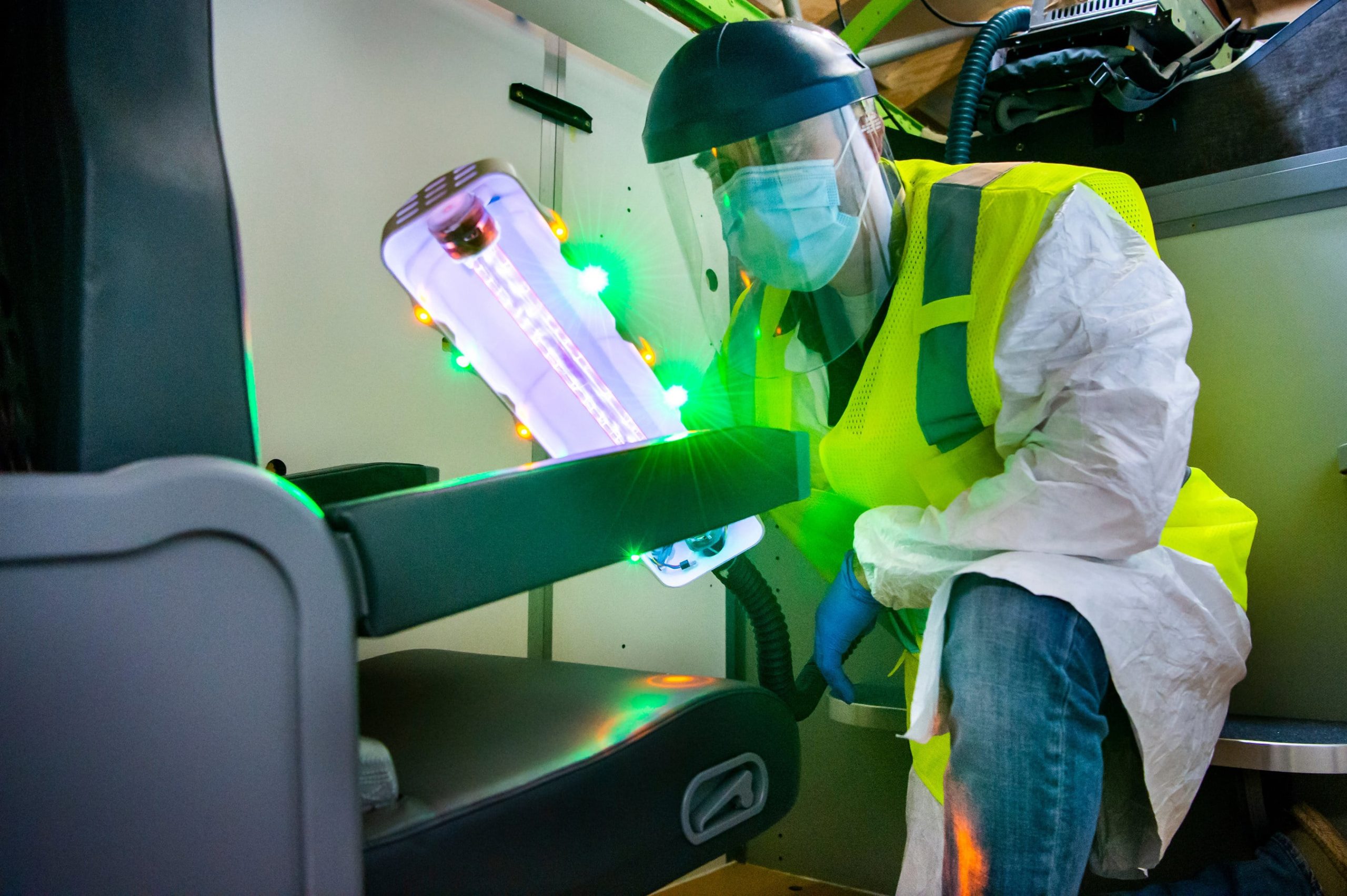 The ecoDemonstrator 2020 has performed all of its flights using a mixture of traditional fuel and biofuel. The 787 performed test flights with over 50,000 US Gallons (1,575 tons) of 50% sustainable fuel. The fuel was produced at the World Energy refinery near Los Angeles, and is made from inedible agricultural waste.

“This is a monumental step for the industry to prove the viability of producing a 50/50 blend of sustainable aviation fuel at high volume, which is a significant development for the industry” commented Mohammad. Al Bulooki, COO of Etihad Aviation Group.

Biofuel would reduce carbon emissions by more than 75% over the fuel’s life cycle. 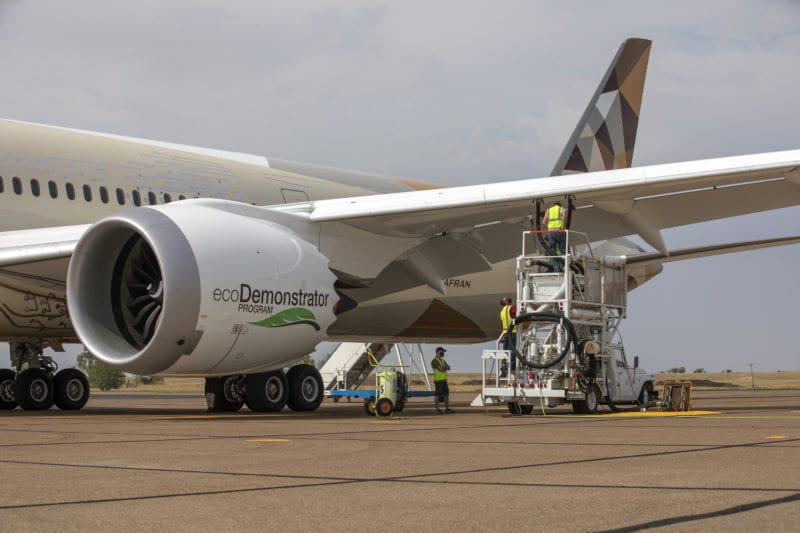