Boom Supersonic has just unveiled the XB-1 demonstrator, a 1/3 scale aircraft of its future Overture supersonic jet. The reveal came in Denvers, Colo., and comes almost a year late in the startup’s schedule. The Overture could revolutionize air travel with Mach 2.2 flights scheduled for 2035.

The XB-1 Demonstrator Left the Factory

While the aviation industry is going through a crisis, the American company Boom Supersonic has just unveiled on October 7 the XB-1 demonstrator of its future Overture supersonic aircraft.

The purpose of the XB-1 is to test all the technologies planned for the Overture jet. It begins an extensive ground test program in Denvers. It will then travel to Mojave, California in 2021 to begin the flight test campaign there. The company is committed to being the first commercial aircraft manufacturer to complete a 100% carbon neutral flight test program.

At the same time, Supersonic Boom continues to work on the Overture. The first flights of the XB-1, and in particular the passage of the sound barrier at Mach 1, will validate the design of the final aircraft.

« The XB-1 is an important step in the development of our commercial airliner, the Overture, whose sustainable supersonic flights will be the norm », said Blake Scholl, founder and CEO of Boom. 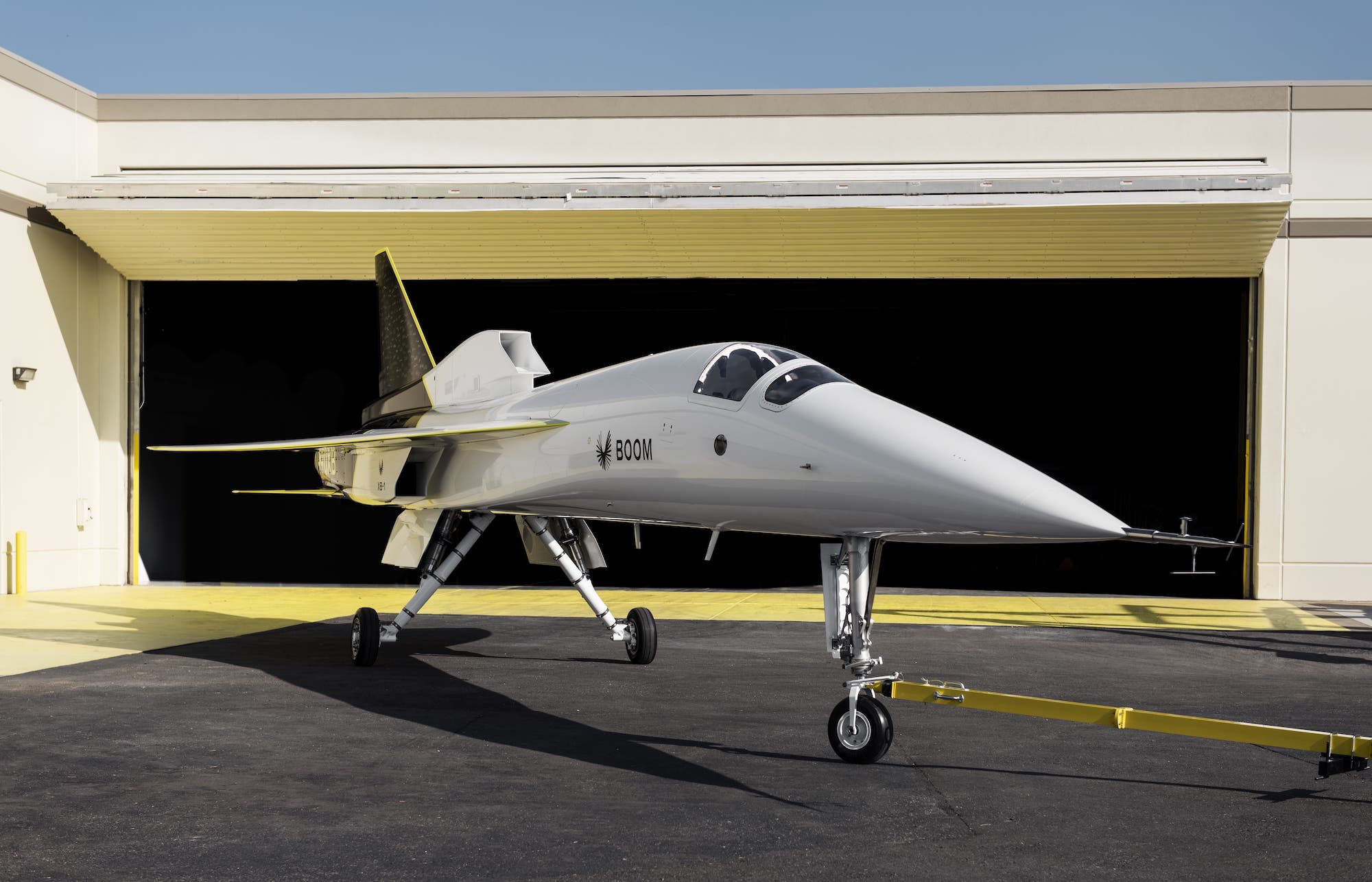 The Goal of an Air Travel Revolution

According to the company, the Overture is expected to carry between 60 and 88 passengers. It could connect Washington and Paris in 4 hours, Paris to New York in 3:15 and even San Francisco to Tokyo in 5:30 instead of the 12 hours needed today. It would be the fastest airliner in the world.

Lots of Technology for the XB-1

To design and build the XB-1, Boom Supersonic was able to convince and recruit a large team of experts from the aviation industry.

The XB-1 is 21 meters long and 6 meters wingspan. The fuselage takes the shape of the Concorde, everything has been designed for the an optimal aerodynamic efficiency at very high speed. The delta wing will provide stability at low speeds during landing and take-off. It is also the most efficient for flying at very high speed.

The company has chosen a carbon-composite airframe. It would make it possible to maintain the strength and rigidity of the structure at very high temperature and under the stresses of supersonic flight. 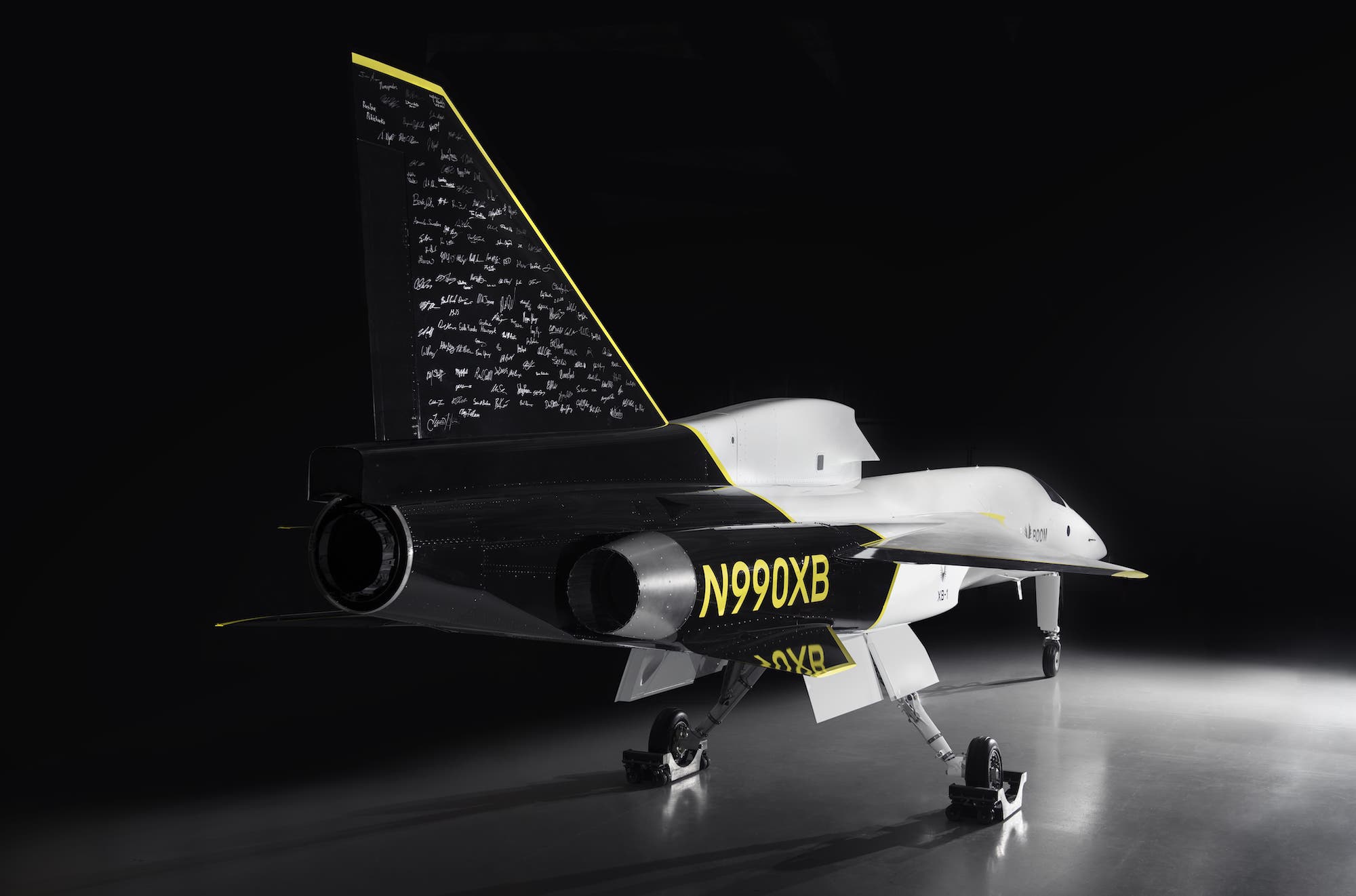 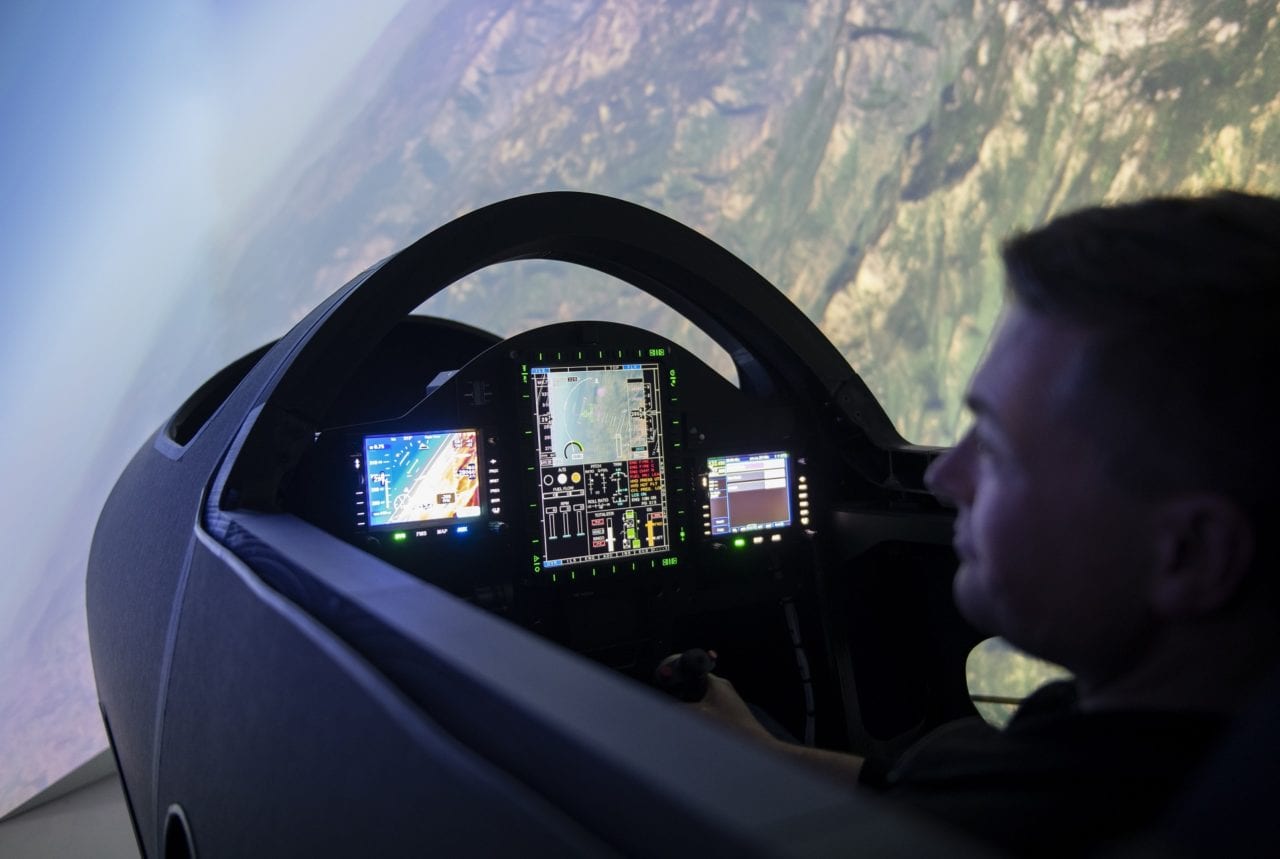 The cockpit was conceptualized with the help of many pilots. The ergonomics of this cockpit are the result of hundreds of hours of human factors and usability testing by professional pilots and engineers.
In particular, it will have a high-resolution screen that will give pilots a virtual window through the nose of the aircraft, offering perfect visibility.

A collaboration with Rolls-Royce for the Overture Engines

Boom Supersonic has teamed up with Rolls-Royce to develop the engines for the Overture. They are examining together whether an already existing engine architecture can be adapted for supersonic flight.

The two companies agree that future supersonic travel must be compatible with the zero carbon future. They believe that the new technological challenges associated with very high-speed travel are also an opportunity to accelerate innovation in a sustainable manner.

A first model in 2029, several Pre-orders and a lot of Investors

Boom Supersonic plans to deliver its first Overture aircraft in 2029. Production is expected to take place at a new plant, the location is yet to be determined.

The company raised no less than $ 100 million in 2019 to develop its aircraft. Among the investors, large investment funds and large companies have responded such as Google, Airbnb and Dropbox.

Boom Supersonic has surrounded itself with very important partners for this project. Partners include some NASA executives and astronauts, US Air Force General Ryan Britton, and even former Concorde chief test pilot for British Airways, Captain Mike Bannister.

Already 30 pre-orders have been received, especially from Virgin Group and Japan Airlines. The Overture’s selling price is expected to be around $ 200 million a unit.