The Gulfstream G700, the latest private jet from the American aircraft manufacturer, was unveiled at the 2019 National Business Aviation Association (NBAA) annual convention. More powerful, faster, bigger and more luxurious, it dethrones each of its competitors.

Gulfstream Aerospace President Mark Burns said the announcement of the new model “raises the bar for us, and for all aircraft manufacturers.” We do believe him !

But the test pilots went even further, pushing him to mach 0.99 at 54,000 feet. A revolutionary performance for a private jet. The only commercial aircraft that had such capabilities was the Concorde that could fly at a speed of mach 2.

On the autonomy side, the Gulfstream G700 is astounding. It can fly 7,500 nm at the speed of mach 0.85, which is more than 13,890 km. It would therefore make it possible to connect Dallas to Sydney non-stop.

With such performances, it is understandable why Gulfstream decided to call its latest model the Titan Of The Skies. 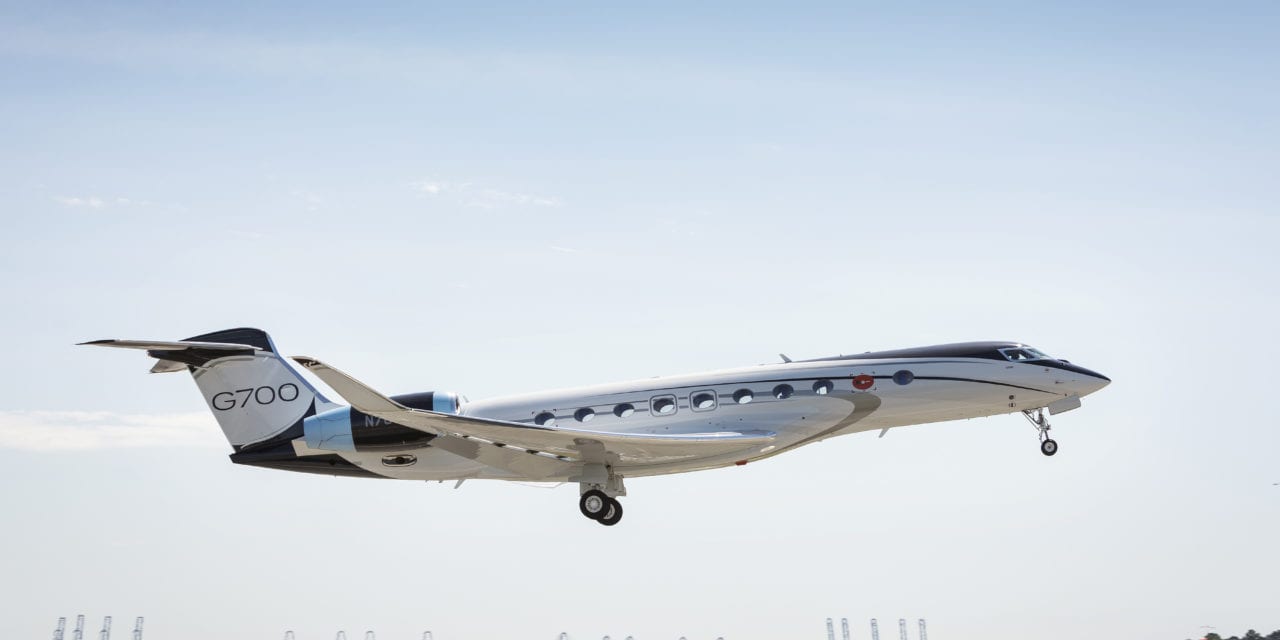 With the G700, Gulfstream has designed the tallest, widest and longest private jet cabin in the industry. And even if it’s only a few inches away with Bombardier, this cabin is the most spacious.

17.3 meters long, the interior is separated into 5 “rooms”, including 4 “living rooms”. A lounge, a dining room, a suite, a bathroom and a toilet.The Gulfstram “ultragalley” is more than 3 meters wide, allowing both crew and passengers to cool off and cook.
This spacious space wcan accommodate up to 19 passengers. Including 13 who can sleep lying down, either on a bed, sofas or fully reclining seats.

Everything is done to ensure that passengers travel in the best conditions. More than 20 panoramic windows, the widest in the industry according to the aircraft manufacturer, will provide an exceptional view of the exterior. Smart circadian lighting, which adapts itself to sunrises and sunsets, has been added to alleviate the symptoms of jet lag. The air is 100% fresh and never recirculated. As for the cabin pressure, it remains at a low altitude throughout the flight, allowing the passengers to breathe very comfortably. 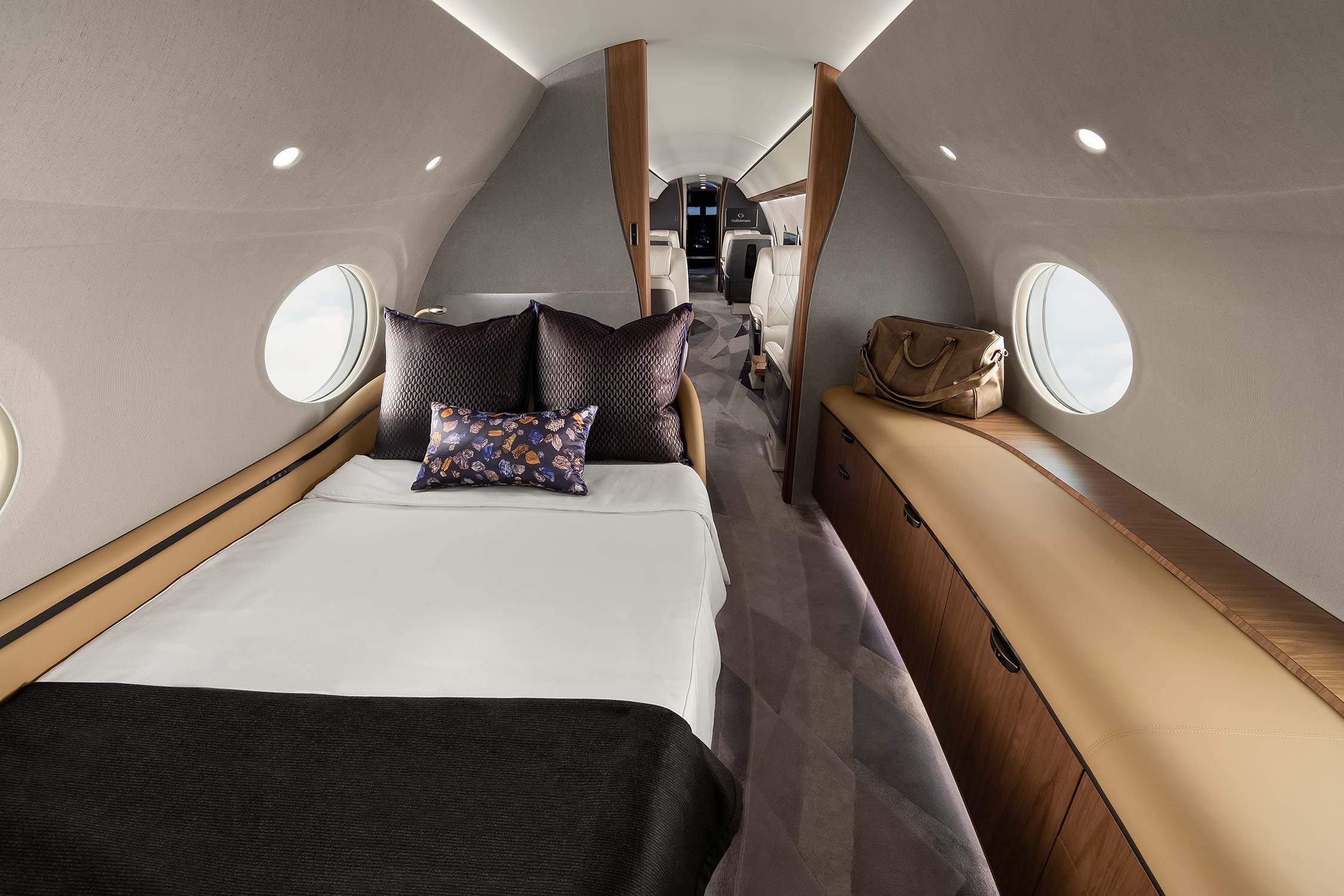 Gulfstream has designed a “Symmetry Flight Deck” for the G700. It is equipped with Honeywell’s Primus Epic integrated avionics system.

Active Control Sidesticks (ACS) send tactile signals to the pilot’s hand and fingers in real time, giving him a physical feel of the flight parameters. The two sidesticks are also electronically linked, one mimicking the movements of the other.

The cockpit is equipped with an Enhanced Flight Vision System (EFVS) that provides pilots with an improved view of the environment through a color camera, infrared camera and radar. Pilots also have synthetic vision through the dual head-up displays (Dual Collins HUD).

In addition, the Symmetry Flight Deck features a predictive landing system that helps pilots land. It can predict the need to go around on the approach or even the position where the aircraft will come to a complete stop once touched down on the runway.

The electric flight controls and their computers will again be designed by Thalès. The two companies have been working together since 2008 and the launch of the G650 model. 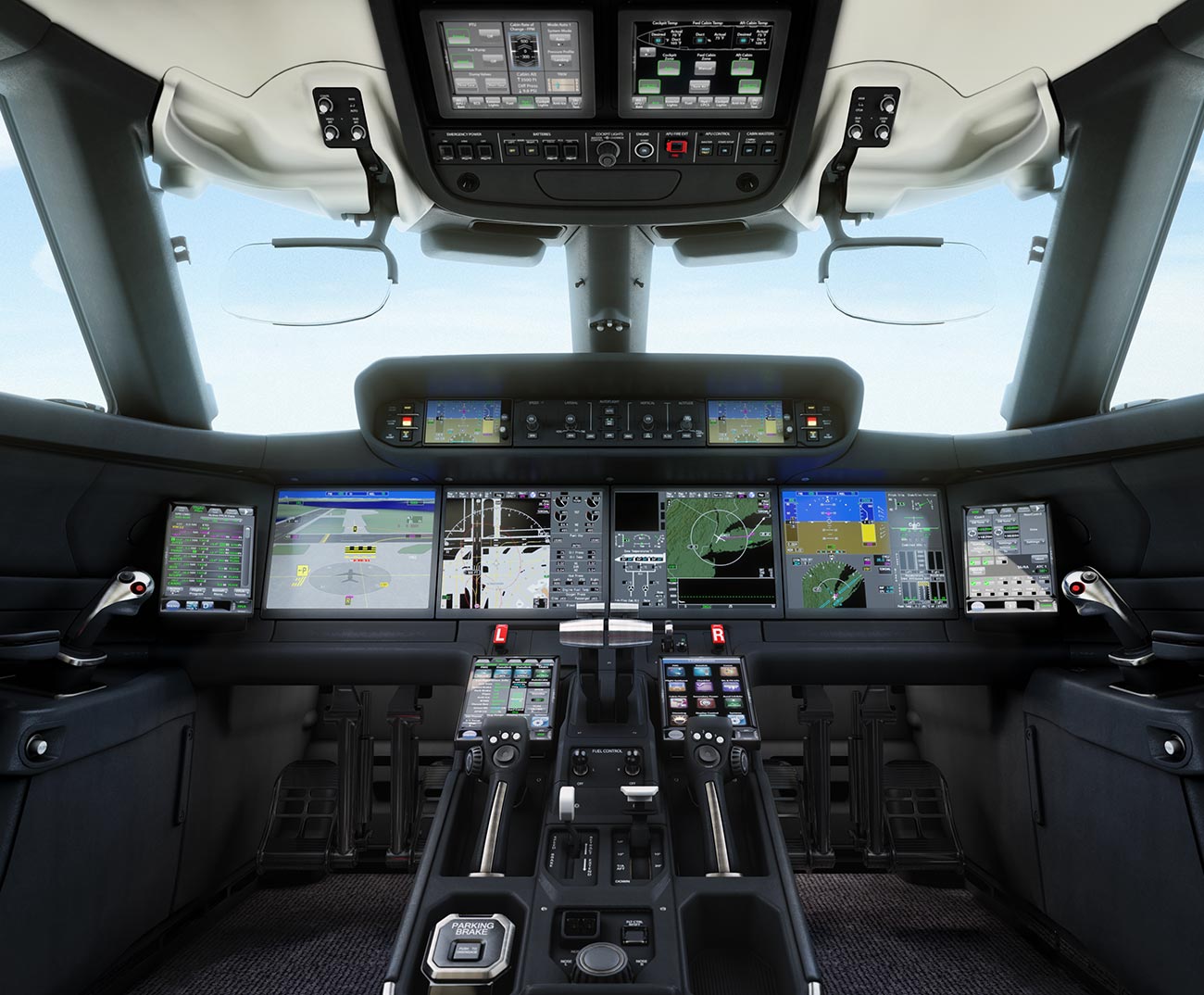 The unique features of the G700 come at a price: $ 75,000,000, making this private jet one of the most expensive on the market and 10 million more expensive than Gulfstream’s latest model, the G650ER.

Gulfstream said it has already received 10 orders from Qatar Airways for their Qatar Executive Charter service. As well as an order from Flexjet, a US supplier of fractional-owned private aircraft. The first deliveries are expected in 2022.