On 09/08/2020 An AirAsia India Airbus A320-200, registration VT-HKG performing flight I6-632 from Ranchi to Mumbai (India), was accelerating for takeoff from Ranchi’s runway 31 when the crew rejected takeoff after an engine had ingested a bird and failed with a bang and sparks. The aircraft slowed safely and returned to the apron.A replacement A320-200 registration VT-JRT reached Mumbai with a delay of about 9 hours. 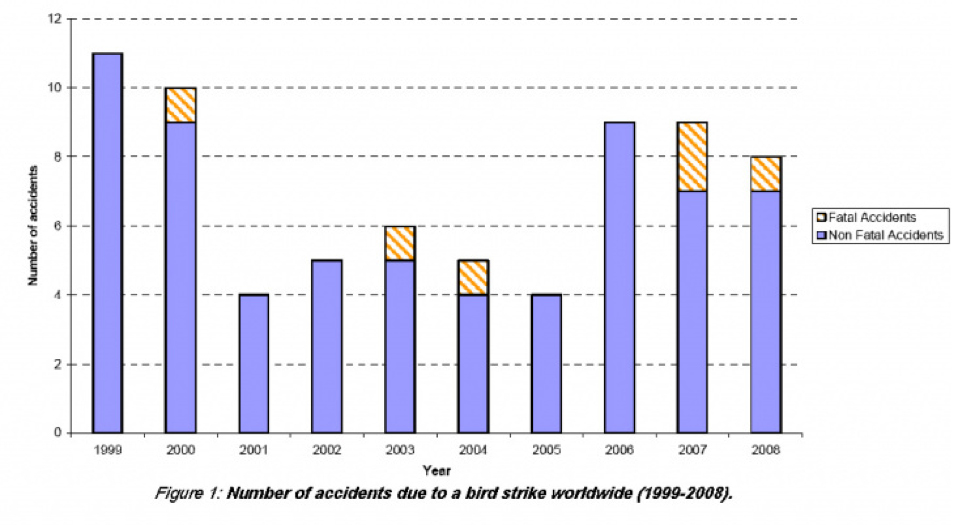 From an aviation regulatory perspective, birds are divided into three categories; classified as large, medium and small birds. These bird categories are used to describe the various certification criteria for airframe and engines. Recently many researchers have raised their concern that past airworthiness standards have been outpaced by changes in bird population and species (avifauna).

Climatological and other environmental changes affect bird populations and their biological behaviour. This change is not reflected throughout aircraft certification requirements. To this end, large bird certification requirements have recently been extended to include provision for large flocking bird tests, in order to take into account recent concerns about changes in the European avifauna.

New method of certification has been developed by Boeing for its composite moveable trailing edge on its Boeing 787. Airframe, windshield and engines are subject to bird strike test.

Birds and other wildlife, in general, enjoy the habitat around many busy airports. Because many airports are placed on the fringe of large urban areas, they frequently have large tracts of unused, undeveloped land surrounding them as safety buffers. That undeveloped land as well as green areas of airports are attractive to numerous bird/wildlife species, particularly as suitable habitat shrinks due to urban expansion. At the same time, the lack of human activity, general bustle of the airport often discourages large predators, giving birds and wildlife a safer sanctuary. Many airports are also near substantial wetlands, or drainage ponds, making these areas even more attractive to thousands of migratory birds including waterfowl, shorebirds, gulls and other large birds. Unfortunately, it is these birds that present a higher risk to aircraft. Therefore, given the current environment of reduced aviation activity, birds/wildlife are expected to expand their environment.

Many regular activities such as grass cutting, bird activity monitoring patrols, and dispersal measures may be limited given the current situation of reduced man-power, lower airport subsidies, and aircraft movements at airfields. This may result in an increase of bird/wildlife that forage, feed and rest or even nest within or near aerodromes. 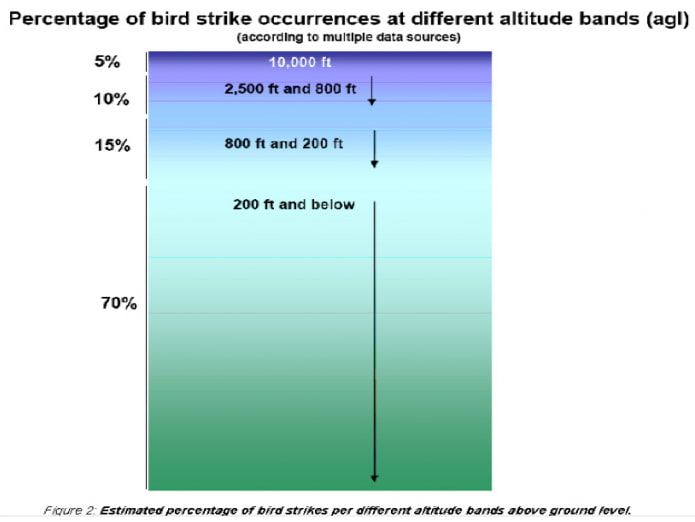 • An aircraft is hit by birds while on final approach to land – should the pilot continue the approach or initiate a goaround/missed approach?

Having encountered birds, the question to be answered is “what is the damage to the aircraft and what effect will this have on the safe conduct of the flight?”.

The full extent of any damage, to the engines and/or the control surfaces and landing gear, may not be apparent until applying power, configuring, or manoeuvring the aircraft. It might therefore be the case that, if a go-around is initiated, the pilot rapidly finds themselves in a situation where the runway is disappearing beneath him but the aircraft cannot safely fly a missed approach.

Therefore, in the above scenario, it is advisable to continue the approach and land.

• A pilot sees a flock of birds ahead of him on final approach – should he continue the approach or initiate a go-around/missed approach?

Having seen the birds, the question to be answered is “if a go-around is initiated, how likely is it that the aircraft will avoid a bird strike?”.

There are two matters to consider. Firstly, when a flock of birds perceives a threat, it typically moves upwards, potentially into the path of the aircraft initiating a go-around. Secondly, the greater the engine thrust, the greater the damage caused by ingesting birds – it is probable that less damage will be caused if the birds are hit while the engines are at low speed or idle.

Therefore, in the scenario described above, unless a go-around can be achieved with a reasonable degree of confidence that the aircraft will not hit birds, it is less hazardous to continue the approach to land.