The Pilatus PC-12 is available to charter through Menkor Aviation.

The Pilatus PC-12 is a single-engine, turboprop aircraft. Known for its versatility, it is an aircraft that is used in business aviation, air freight transport and medical evacuation.

The PC-12 is manufactured by the Swiss aircraft manufacturer Pilatus in Stans. No less than 1,700 models have been sold since 1991, its introduction date.

Thanks to its equipments and capabilities, the Pilatus PC-12 can take off and land on very short runways, isolated runways, and unpaved runways made of dirt or grass. This allows the PC-12 to access many destinations not served by airliners or private jets, such as the Gstaad Saanen aerodrome or the La Môle – Saint-Tropez aerodrome.

The PC-12 is also known for the safety it confers. With 1,700 models sold, over 7 million flight hours and the highly reliable Pratt & Whitney Canada PT6 type turboprop, this aircraft brings peace of mind to every passenger.
The cockpit equipment allows instrument flight (IFR) with one pilot only.

In addition, the Pilatus PC-12 is very economical. Thanks to very low operating costs, it is a very affordable aircraft to hire for short and medium-haul flights.

Pilatus upgraded its flagship aircraft in 2010 with the announcement of the PC-12NG (Next Generation). This model adopts improved avionics with Honeywell Primus Apex systems. Pilots now benefit from the synthetic vision, digital maps and a fully graphical flight planning system. These improvements make the PC12-NG even safer to fly.

A final model, the PC-12NGX, was announced in 2019. It is notably equipped with the new Pratt & Whitney PT6E-67XP turboprop engine and windows that are 10% larger.

All of these features make the PC-12 often preferred over private jets by business travelers.

The cabin of the PC-12 is one of the most spacious in the turboprop aircraft category.
It offers storage spaces, tables, reclining seats and electrical outlets. Fully pressurized, it ensures a comfortable journey for passengers.

Specification of the Pilatus PC-12 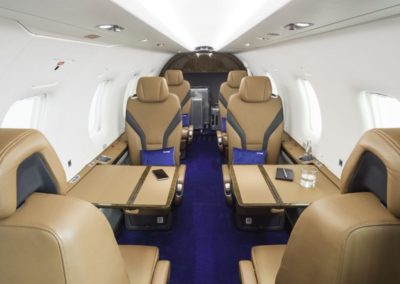 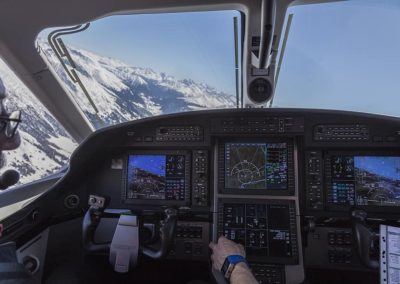 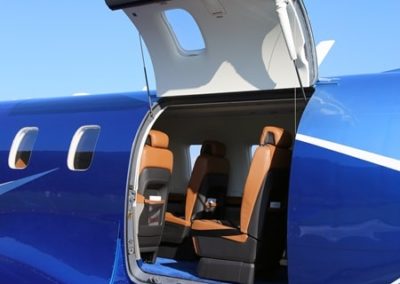 Purchase or Sell a Pilatus PC-12

The page you requested could not be found. Try refining your search, or use the navigation above to locate the post.